"Gunnar Hildonen, of Finnish and Sami stock, is certainly the kind of man you´d want with you on an Arctic Adventure; burly, knowledgable and effortlessly charming, while equipped with a set of survival skills to rival Bear Grylls..." - by Chris Peakcook / National Geographic, 2008. 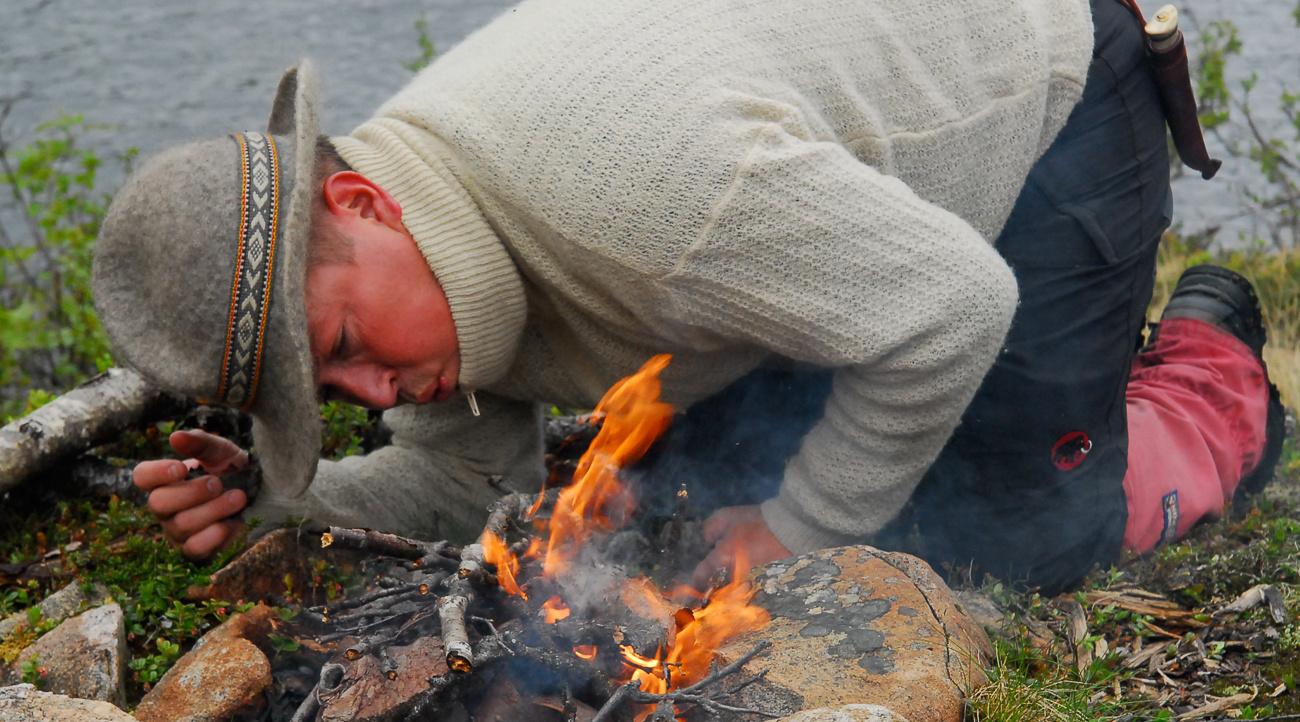 I was born and raised on the coast of Telemark county in the south, but with Finnish and Sami blood in my veins, which pulls me to the Arctic areas up north - and I guess I feel at best up here. As I use to say to new acquaintances: "Then right after I was born, I was dropped down into the bilberry heather and since then I've stayed there..."

I have always been fond of the nature and, unlike others, I don't need an activity like angling or hunting, to be out there. If I just can be out in the open, enjoy some good food and be alone with the silence, then it's good enough for me. I went through an education to become a cabinet maker in the 80's, and I've been a member of the Boy Scouts half my life, and it was on that track I took off, so to speak: "working for and together with people, close to the nature.."

I worked on my last piece of wood in 1994 and made a decision to dedicate myself to nature, full time. I was accepted at a 2-year Mountain Guide education in northern Sweden in 1996 - and by that, the road signs pointed in the right direction regarding my career.

"I know Gunnar well, first of all personally as my brother and friend, but we have also worked together on a few projects in relation to his firm and he is easy to communicate with, reliable and punctual. Since he is a wildlife guide, I think it would be worth knowing what kind of a person he is and I think that what is his foremost feature, is his enthusiasm and energy. He is also dedicated and believes in what he is doing. He has always had a profound love for nature and the outdoors. That is combined with his love for good cooking.

His enthusiasm does not get in the way of his sense of responsibility, though, and as he is also a social and outgoing person, I cannot think of anyone who is better suited to guide others than him. Although born in the south of Norway, both his parents and we, his older brothers, are from Finnmark county in the north. Thus, his heart always belonged to the north and he has spent all his childhood summers up there and now he lives in Tromsø, which means that he knows the arctic nature as well as would he have been born there!" - by Wilfred Hildonen, my brother.

"GuideGunnar dosen`t set out to be the best guide, he just devotes himself to being your friend. That sets him apart from the other guides. You get the feeling that he is really proud of his country and heritage, and that he truly, genuinely wants you to see the beauty of his country and the Northern lights for yourself.

One can`t help warming to him on first meeting, and there´s a reason why he is almost always fully booked. If you`re lucky enough to book a tour with him (and you SHOULD!) you`ll see why he has no equal. Thank you GuideGunnar, for an unforgettable and wonderful experience over March 16-18th, 2014! :)" - by Heidi Tai, Singapore.

Gunnar is a very competent, reliable and friendly person. He always wants the best for his guests on his tours. On the northern lights tours he finds clear sky even it is cloudy or raining in Tromsö. He helps people with the settings of the camera so that everybody is able to take pictures in the darkness. And sometimes - while waiting for the darkness - he offers some extra sightseeing (such as sunset with beautiful landscape or moose safari) - by Stefani Raneberg, Germany. 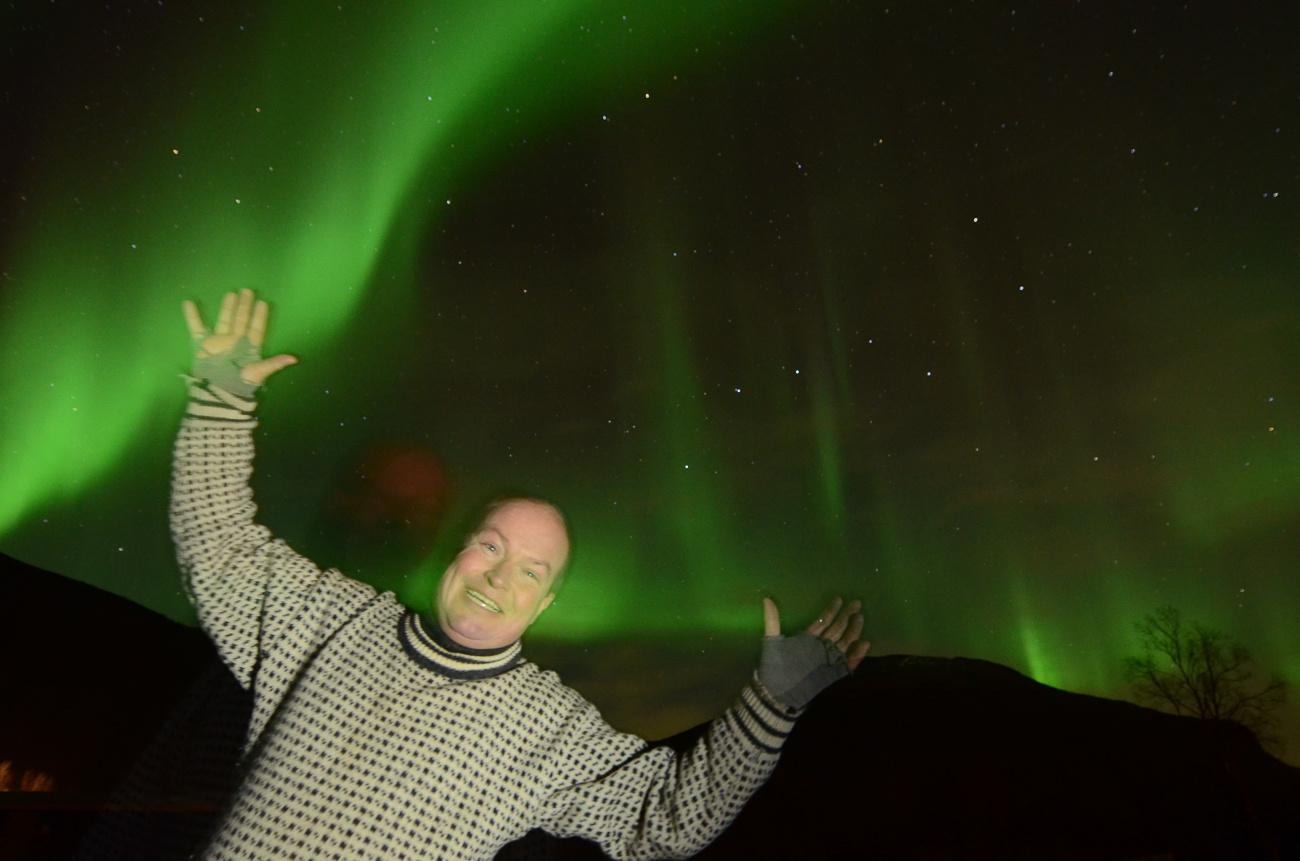